Skip to Main Content
Back to All Blog Entries 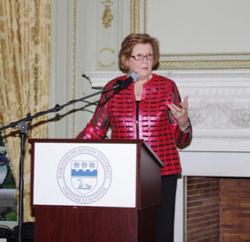 When I was growing up we had a simple cabin on a lake in the Northern Wisconsin woods.  I have many great memories from my days spent with family at Big Bear Lake.  We had wonderful neighbors.  A family, the McCawleys, from Chicago had a cabin to the south.  My parents spent many evenings with Marcia McCawley and her husband on the dock, sharing family stories and getting to know each other.  One evening my mother and Marcia were talking about the struggles her kids were having learning to read.  Marcia shared that she was a fellow of the Orton-Gillingham Academy, an organization dedicated to promoting the Orton-Gillingham method of teaching reading, which is a multisensory method.  After asking a few diagnostic questions about the kids, Marcia suggested that it was possible that we were dyslexic.  This term was new to my mother.  But, curious as always, she was interested in learning something new if it could help her kids improve their skills in reading.

Marcia shared that a women named Arlene Sonday had recently moved to Minnesota with her family. Arlene was also a fellow of the Orton-Gillingham academy.  Marcia introduced Arlene to my mother and, soon after, Arlene was tutoring all five Guyer kids.

I was the youngest of the five.  As is the way of the world, I got numerous hand me downs.  But in 1973 I received the best hand me down that anyone could ask for.  Since I was the youngest, I got the benefit of multisensory teaching at a relatively young age.  Within 18 months I was able to become a good student.

After finishing college I went to work with my father in his product development business.  A few years in, Arlene approached my father with an idea.  She said she had been teaching Orton-Gillingham for 20 years while his kids grew up.  She had built a nice practice working with a small group of students in a number of schools in St. Paul.  While she was doing pretty well with her consulting practice, she would often be approached by leadership at the schools with a dilemma.  Leaders would say: “Arlene, we are so happy with the results you are getting with these 4 students you are working with.  However, we have 25 more who are struggling and need support in reading.  How can we train more people to do what you do?”  She saw an opportunity.  She had to write every lesson plan she delivered to each student.  What happens if we write lesson plans and design a program that would make it so anyone can be an Orton-Gillingham teacher?

Arlene knew she could not do this alone.  That is when she approached our family and explained the opportunity.  We started investigating the market and found other Orton-Gillingham programs. We asked Arlene: “Why make another?”. Her answer was simple:  “All other programs have not focused on making lesson plans that anyone can deliver.  I want to design a product that anyone can deliver, but still be true to the Orton-Gillingham method”.  She was adamant about this second part.  She warned us that she was willing to invest the time to try to make an Orton-Gillingham program that anyone could deliver, but if it compromised the method, she would not want to release it.  Well, we like a challenge.

Three years of development and countless iterations and revisions produced a product call the Sonday System.  We released our first product in 1997.  It has been 20 years of adventure.  Today Winsor Learning has trained more than 40,000 teachers in Sonday System and worked with more than 2,000 school districts around the country.

Marcia now goes by Marcia Henry.  Thanks Marcia. You set in motion a wonderful series of events.  I am forever grateful that you were our neighbor at the cabin up north.  Marcia went on to serve as President of the International Dyslexia Association and has written a great book called Unlocking Literacy – Effective Decoding and Spelling Instruction published by Brookes Publishing.

Authors
Back to All Blog Entries